The SR800 StopRotor prototype has been designed as a modular test bed to easily interchange different wing profiles, rotor systems and engine options.

Helicopter hover and fixed wing efficiency will be improved with a custom rotorwing design. An ‘off the shelf’ helicopter has been used in the current and previous aircraft prototypes. The test program will determine optimum rotorwing design and wing profiles to optimise overall performance.

The prime objective is to demonstrate controlled, routine starting and stopping of the rotorwing in-flight enabling transition between fixed and rotary wing flight in a single aircraft.

The air vehicle performance objectives are as follows:

“To simultaneously satisfy these goals / capabilities on a single air vehicle is essential, as they exemplify the ability to improve VTOL flight speeds while also improving (or at minimum, retaining) the ability to do useful work.” DARPA 2013 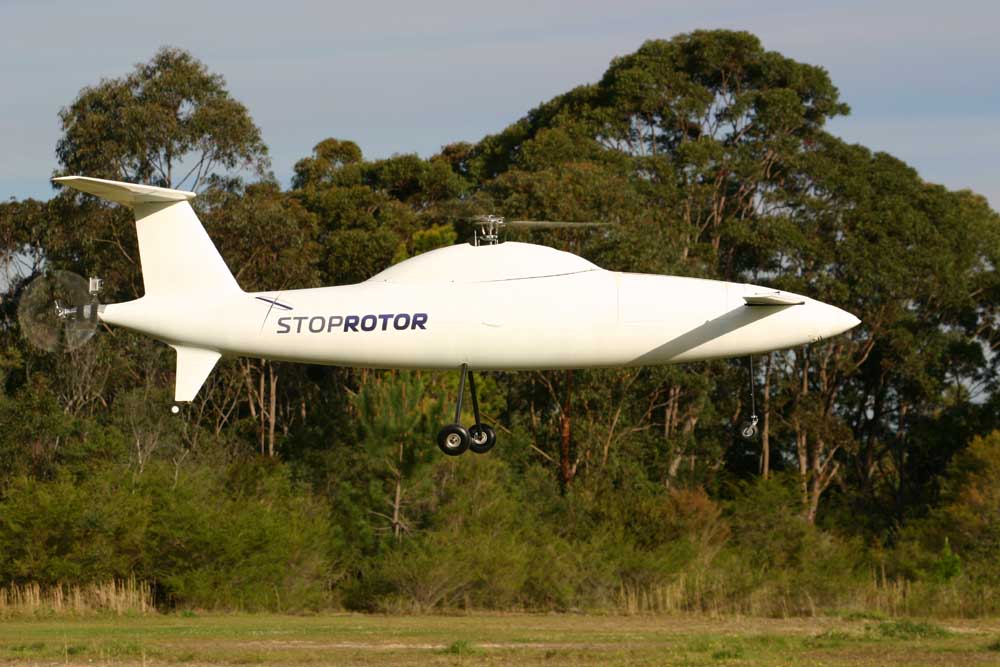 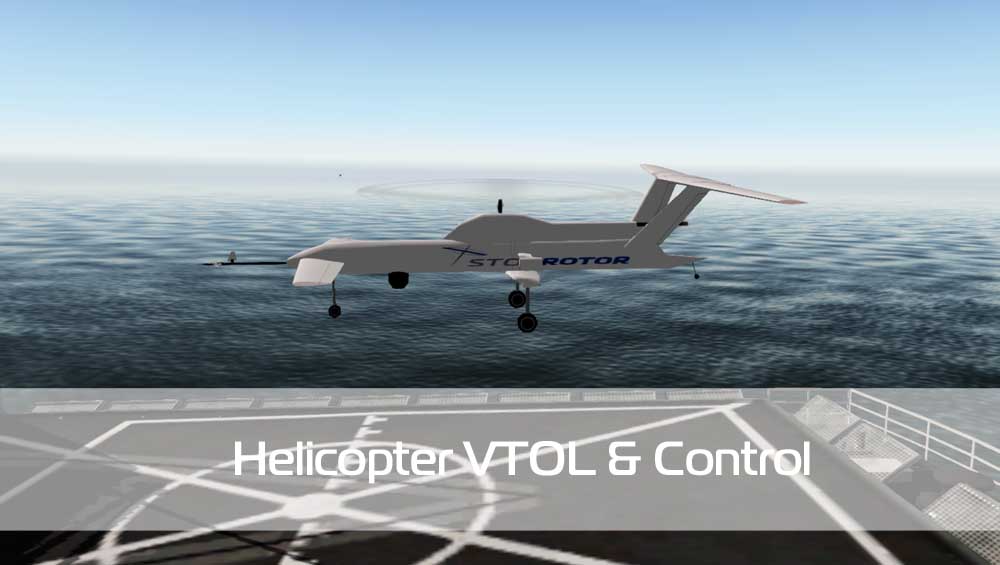 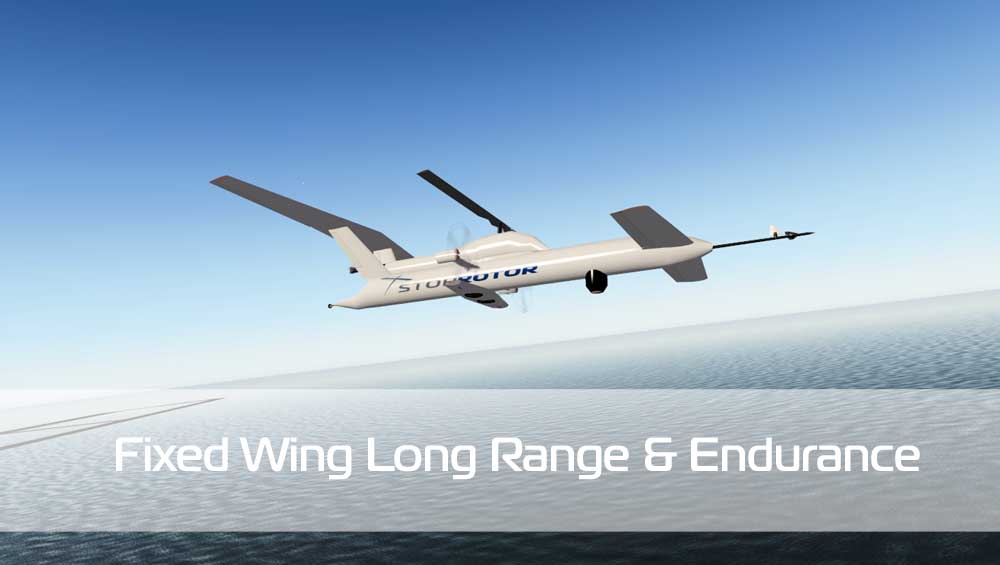 Deploy & retrieve where you need to

No nets, no runways, no catapult!

The utility of VTOL helicopter performance and control enables operations in diverse environmental conditions from confined (wooded, urban or maritime) and unprepared areas.